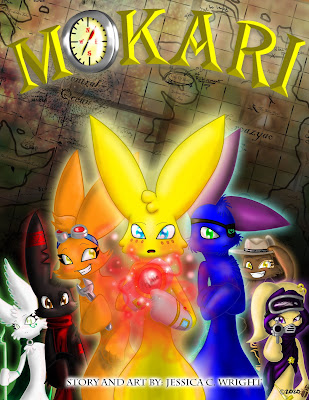 Come with me to the lands of Nyth where the Mokari peoples dwell. This high adventure story is sure to catch your attention with it's colorful cast of characters!
Len is a thief with a knack for stealing the voices of others through his powerful red jewel! He is a terror in his homeland, gaining the nickname of "The Voice Marauder". However, all his stealing days comes to an abrupt end when he decides to steal from two foreigners to his land. Miki, a bubbly girl, and Zars, a salty old sea captain, manage to get Len captured, and nearly killed! However, they suggest banishment instead of death, so Len becomes the unwilling new crew member of the Silver Compass. Len learns many things on his unplanned voyage with the two crazy characters, like what sea legs are, what other people think of his home country, and what it is like to be part of a family.
However, having a magical jewel can cause all sorts of trouble, especially when you board with a jinx of a mechanic and her ex-pirate uncle! 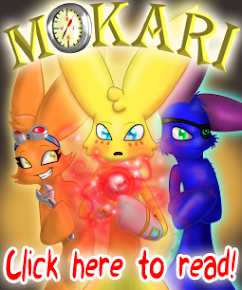